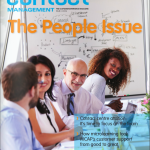 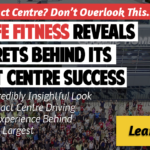 We’ve become familiar to seeing Uber headline the fight against “the system.”

At nearly every high-tech conference I attend,  the story of Uber disrupting the taxi industry makes its way into almost every presenter’s slide deck.

Many would argue that this disruption to the cabbies was necessary, commendable and beneficial for you and I, the consumers.

However, most recently Uber has been headlining news stories for reasons which don’t deserve an applause. Reasons which stand as a firm warning to other fast-growing tech-based companies.

You see, Uber is currently under the gun for fostering a toxic workplace culture. Now Uber is scrambling to put in place the proper actions to mitigate and correct the situation.

This story begs an important question:

What else has Uber and other tech-based  startups ignored during their quick rise to success?

What we might admire about successful startup stories is their ability to buck the rules. To refuse to confirm to traditional ways or standards.  But, at some point, a startup must stop behaving like a group of guys working out of a parent’s garage. At some point the startup must act corporately.

Here’s a personal example which illustrates my point:

Recently, one of the fastest growing digital media companies in my hometown, London, asked me to give them some advice on their methods of communication. You see, this company had been experiencing rapid growth due to an ever expanding client list. As a result, the office which had permitted the growth of this once small startup was beginning to burst at its seams. What began as a small team of 15 people doubled in less than a year and today this media company plans to grow to 100 employees or more.

After an initial visit with the company, I was not surprised by what I found with their IT infrastructure.

Specifically, I learned that nothing was documented.  The methods of storing client information were unsecure, as was the IT room which was accessible to any and everyone. Speaking with the financial officer, he admitted to loosing sleep at night because all of their critical information was stored on their laptops without a backup.

Other things I noticed were that most of the applications they were using were freeware. And furthermore, staff were complaining of slow bandwidth and problems with sharing large files.

It was apparent that change management and governance were concepts to be avoided in this organization.

Making matters worse, and to my amazement, I discovered that the owner of the business took advice from his local computer geek (and drinking buddy) tech who specializes in residential/small business desk top support.

As I discussed the things to consider when building a new facility from a networking/communication perspective, I was told that I was too “IBM” like.  My high heels and business attire were no match for this company’s culture of jeans and sandals so I was shown the door.

Comparing this experience with Uber’s indiscretions, which are now catching up to them, made me think: At some point a startup needs to start behaving not so much like a startup. The question then becomes, “When is the right time to introduce back office standards and policies and how do you do it without compromising the entrepreneurial spirit that got them there in the first place?”

For customers that prefer “on-site” customized training solutions for their PureCloud TM contact center, look no further.We have developed training materials and can provide personalized training for both agents and supervisors. Our services can be delivered direct to your staff or as a “train-the-trainer” environment. Read More About Nielsen IT →Get In Touch

ABOUT NIELSEN IT CONSULTING INC.

Launched in 1999, Nielsen IT Consulting Inc. has been a leader in helping organizations achieve breakthrough results for their telecommunication investments. Exclusively focused on Contact Centre, Unified Communication, Audits and Telecom Expense Management.

OR CALL US AT